Each society needs to have a few connections with its own particular past while managing the difficulties of the present and the future. Societies organize these two objectives differently.
Societies thats core low on this dimension, for instance, want to keep up with time regarding customs and standards while seeing societal change with suspicion. Those ina society which scores high and takes a more realistic approach as a result, they support saving and put efforts in modern education as an approach to get ready for the future. 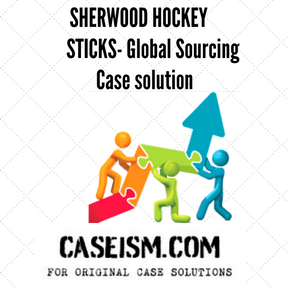 National competitive theory consists of four factors which are as listed below:
Factor conditions
Factor conditions are basically the general set of aspects that make a nation competitive in terms of human resource, natural resource, infrastructure such as ports, harbors, airports high rise buildings, universities quality of education and research. An example of this could be that as per the case if Sherwood decides to establish its manufacturing facilities in China then itwould benefit with the advantage of low cost labor plus extensive distribution facilities, which would make Sherwood competitive in the market.

Demand conditions define the local demand of a product or service belonging to a particular company. Local demand is determined by several factors, including customersâ€™ needs and wants and thecompanyâ€™s capacity and growth rate, tools and techniques used to share domestic preferences with international markets. This is because companies tend to allot more time in developing products that are in demand locally rather than internationally.

A nationâ€™s competitiveness can be increased if it has alliances with international competitive supplying industries that are successful in the market and have wide operations, as a result this would lead to the success of its related and supporting industries locally. This would promote innovation and globalization of related industries.

For example, if Sherwood would move its operations to China and becomes successful there, then it would not only benefit the industries of its suppliers like wood, composite, rubber etc. but also industries that are directly proportional to them such as garment industry that provides bag for hockey sticks to keep the sticks inside for safety and deterioration.

For example, the rivalry between Sherwood and one of its major competitors is favorable because this promotes innovation and creativity in the hockey stick market and as a result both companies become successful in the market because of the rivalry and competition prevailing in the market………………..