Where is your hometown located?

How many people live there?

What does it provide in terms of resources or contribution to the state?

The O.R. Tambo District Municipality is involved in the provision of various services, such as: sewerage and sanitation, water, municipal health, firefighting, local tourism, municipal airports, municipal planning, public transport and disaster management services to the state. With the R37.9 billion GDP in the year 2016, up from R16.3 billion in 2006, a contribution of O.R. Tambo District Municipality is 11.22 percent to the GDP of Eastern Cape Province of R338 billion in 2016. The O.R. Tambo District Municipality’s total GDP was R37.9 billion and it is ranked third in relation to all the regional economies to the total GDP of Eastern Cape Province, in terms of the contribution towards the Eastern Cape Province.(report, 2018).

What data can you use to conduct-your analysis?

The content analysis could be used as a basis of analyzing the data; whereas, the data should be primarily sourced from administrative data, documented research and statistics of South Africa, global Insight etc. Additionally, the data is collected related to the usage of water, population density, and availability of water, unequal distribution of water among social groups, over-exploitation, and so forth.

Key policy concerns your town is grappling with between 2015 and 2019.

In addition to this, it is stated by Nomakhosazana Meth – O.R Tambo District Mayor that in .R. Tambo District Municipality; the access to below-minimum service levels was pegged at 52 percent and 28.2 percent of the households or residents still had no access to water. With fewer than half the population having access to external or internal piped water in district municipality, thus demonstrating that there are serious service provision and governance failures in O.R. Tambo District Municipality. The real risk to the health of the households is that the sources of water are contaminated by the urinary tract infections, animal waste as well as liver parasites.(Press, n.d.).

The unverified water sources as well as the poor water access cause a huge disease burden in semi-urban and rural communities, particularly for poor population.(Spotlight, 2020). The spending of the capital budget from July 2018 to June 2019, is under-spent with -33.4 percent in 2017, -38.3 percent in 2018 and -34.6 percent in 2019. The under-spending on the capital budget could lead towards the under delivery of the basic services,such as: water.(Officials, O.R.Tambo District municipality in Eastern Cape, 2019).

Furthermore, the emerging issues that the O.R. Tambo District Municipality has been facing between 2015 and 2019, includes: lack of rural development, agricultural development as the agricultural workers are among the least paid workers, lack of employment opportunities, poverty, inequality and so forth. Combining all these issues are major hurdles in the development of the economy, economic growth and prosperity.(Ndabeni, 2013). 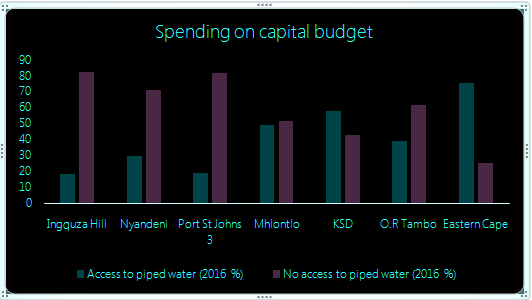 Taking under consideration the significance of the management, maintenance and the assessment of the sanitation and water infrastructure, which includes water storage structure such as dams and reservoirs; the policy of free water policy would lead towards an improved access to water and addressing of the problems related to water scarcity in O.R. Tambo District Municipality. 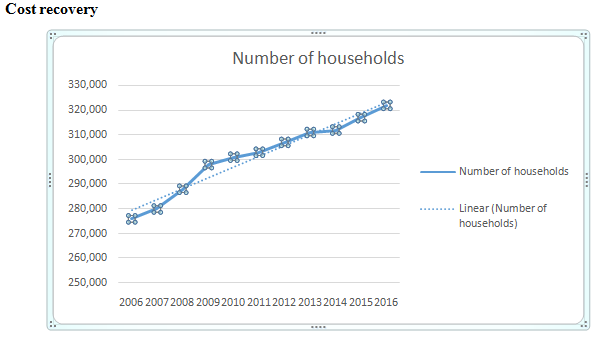 Restoring Trust at WorldCom The Global Electric Car Industry in 2009 Developments in the U.S., China, and the Rest of the World