As shown in an above table, the Net Sales of Marvel Enterprises increase in 2002 and 2003, whereas the Net Sales in 2001 is less than the previous and future years. Increase in net sales is good for the company because the capital increase with the increase in amount of sales. The operating and net income is negative in 2000, which means this year company faces the loss. From 2001 to 2003 company recovers its financial position with constantly increasing the operating income. The Compound Annual Growth Rate formula is used to find the growth of Net Sales, Operating and Net Income from 2000 to 2003. 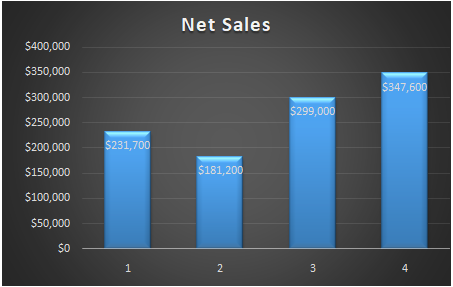 Graphically, the Net Sales are shown in which we can easily conclude that the net sales of last year is higher value as compared to previous all the 3 years and the lowest net sales are of year 2 having $181,200. As long as Net sales for the cash of the company become also high. 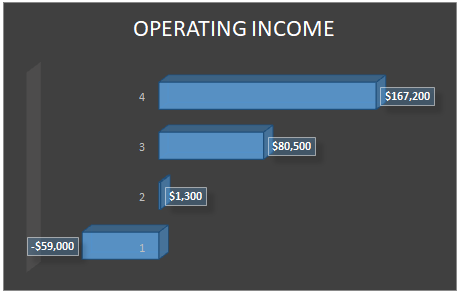 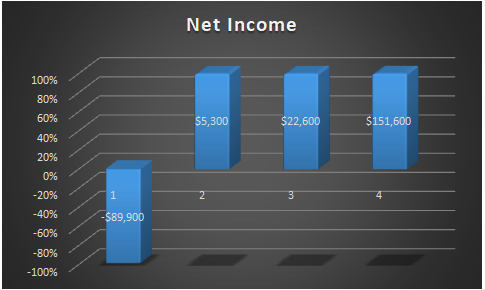 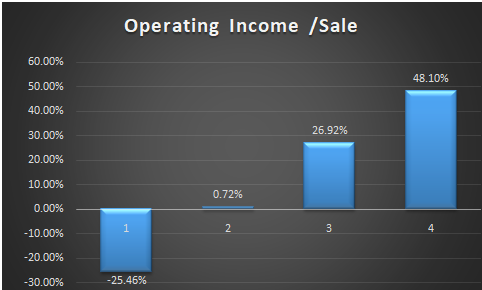 The operating income/ sale of the company is also down in 2000. The graphically representation shows that the company has less of sales compare to cost of goods sold and operating expenses. 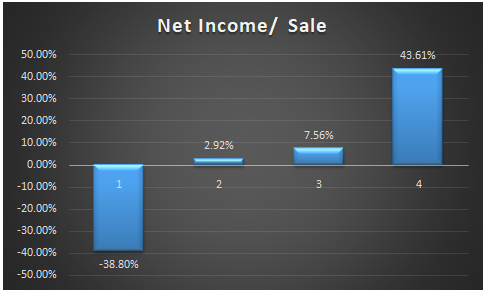 Marvel’s Board is considering three substitutes of Marvel enterprises. This is what they are:

Continue with the main character “Spider Man,” with the question of how long Marvel can make money from it.

This substitute is completely unrealistic, as no studio would want to make six or seven Spider-Man films. Yes, this character is excellent and attracts a lot of attention, but this is something that just cannot happen. What Marvel can do is continue to produce Spider-Man books and toys, which will not be a viable long-term strategy.

Introduce new characters who are relatively unknown but could become blockbusters soon.

This is a plausible choice for Marvel, and it appears to be the most justifiable in terms of future expansion. The corporation needs to offer new characters to the market in order to re-organize the brand from Spider Man to Marvel; otherwise, the Marvel brand will dwindle and just Spider-Man will remain in the end, which will not be profitable in the long run.

Whether to stay in the current industry of comic books and toys and receive royalties from others for the usage of Marvel characters, or to branch out and open a production studio and produce their own films.

For Marvel, deciding on this substitute is a challenging task. To break into the movie industry is a challenging undertaking, but since Marvel already has firsthand experience creating the script, all it needs to do now is find a production firm and oversee it, as the CEO has stated.

I recommend second substitute because this is a reasonable option for Marvel, and it appears to be the most workable in terms of future enlargement. In order to reorganize the brand from Spider Man to Marvel, the firm must introduce new characters to the market; otherwise, the Marvel brand will diminish and only Spider-Man will remain, which will not be profitable in the long run.

If it wants to remain visible in the Marvel universe in the future, it can release Fantastic Four, which is a more family-oriented film with engaging characters. It is reasonable to assume that if they come to see the movie, they will purchase items such as toys, food, or even DVDs. This would not only offer Marvel a fresh appearance, but it will also provide a platform for Marvel to unleash new characters on the big screen, making this the best option for the company.

Even while Marvel is in its golden age, with rising popularity and revenues, it is possible that it will suffer a setback if it makes a dangerous move, as its primary competitor, DC Comics, is also doing well. Meanwhile, while self-produced films bring in a lot of money for Marvel, they could also be a danger that causes the firm to lose money because making a movie requires a lot of money, which is a risky investment for the corporation. The greatest method to keep its devoted clients is to focus on quality rather than number. Attempting to improve the relationship between each division in a more efficient manner, such as having promotions for related products in movie theaters while the movie is playing, will entice more people to buy the products, resulting in increased profitability. Finally, because of its fickle customers, the entertainment sector requires more originality…..

foursquare Kodak and the Digital Revolution (A) Keystone Technologies: Testing and Packaging Operations