Most of the firms in the PC industry are following the strategy of outsourcing for their manufacturing processes while Lenovo is practicing in-house facility for most of its products. Third party contractors are considered as cost efficient and high quality service providers, therefore Lenovo could be at a cost disadvantage with respect to its competitors who are using third party contractors for their manufacturing processes are. 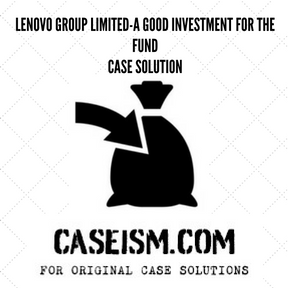 The main revenue stream of Lenovo is based on PCs and it is expected that with the launch of Microsoft Windows 8 and increase in the sales of smart phones and tablets, there is a significant decrease in PCs’ shipments, which affects the overall PC industry along with the Lenovo group which creates a serious problems for the company.

In addition to this, Lenovo is operating through single marketing channels and mostly the sales of the company are monopoly based which could create serious problems for the company. Moreover,the prices of the products of Lenovo are not cheap as compared to its competitors such as Dell is following low cost pricing model and attracts a significant market share of the global PC industry.

Lenovo is the market share leader of global PC’s industry. There is a significant decline in the growth of PCs with the introduction of smart phones and tablets. It is expected that the PC industry will further decline and will affect the sales of the companies of this segment adversely.

Therefore, there is a serious threat for Lenovo in this case. Moreover, the company is not managing its working capital efficiently, which could be the reason of competitive disadvantage as the company’s ability to meet its short term obligations is not as efficient as of competitors, which could result in loss of potential investors which prefers to invest in those companies that are providing greater security to its investors in this respect.

It is expected that the US economy seems to be improving whereas, there is a significant decline in the growth of commodities in Asia and Lenovo is a Chinese based firm. This slow growth with respect to commodities affects the GDP of the country and it is expected that there will be a further decline in industry in this expect, which is a serious threat for the company.
Moreover, Lenovo is operating in global and its operations have spread all around the world, therefore Lenovo is facing the threat of exchange rate fluctuations, which could affect the financials of the company adversely.

Lenovo is the market share leader in global PC industry and it is among the second largest producer, therefore it could take the advantage of its position and by acquiring small PC manufacturing companies it could become the market leader in global PC’s industry.
In addition to this, Lenovo should expand its operations in more countries in order to take the advantage of global economy and by following the strategy of diversification; Lenovo could reduce the risk related to exchange rate fluctuations.
Moreover, as the demand of smart phones, tablets and laptops is increasing continuously, therefore Lenovo could increase its product range and by providing products with cheap prices, Lenovo could attract greater market share, which could provide Lenovo a competitive advantage over its competitors.
(Aditya Shah, April 13, 2009)