Justice as a Service at RightNow Case Solution & Answer

Home » Case Study Help » Justice as a Service at RightNow

Justice as a Service at RightNow

RightNow still has both Problem-Solution fit and Product-Market Fit.

This situation exists when enough profuse evidence is collected from the consumer behavior that the certain problem exists in the market or consumers have problems in their gains, job and pains, for a value proposition solves or caters to that specific problem. It is probable that 15 persons out of 25 usually miss the flights, and out of 15 persons, 13 people will claim the refund through a third party. So, the probability is 87%. Let’s proportionate this percentage of premium and low-rate carriage tickets. Prior to the court decision, RightNow assigned 80% to premium and 20% to low-cost carriage tickets.

However, since the court decision ruled that airlines now can keep the net flight fare when a client misses the flight. Only taxes and fees are refundable for the passengers. So, 80% of the target population.

The problem genuinely exists in, thus requiring a solution.

This situation takes place when a value proposition fulfills the needs of the consumers. Since people who miss flights are concerned about their refund, they want a third party to process the claim. However, after court rulings, premium tickets’ net flight fare is not refundable, so only 20% of low-cost carriage fare remains to be targeted then. But if RightNow puts in more efforts to target the underserved 80% of low-cost carriage fare population, the company can project a huge increase in sales.

The company can come up with a modern technology to reach the unreached, and receive more claims per month by saving operational costs. Such a situation can be handled by the Co-CEOs. Word of mouth and opinion leader indirect marketing can be a sufficing help. The company can survey all the passengers and send questionnaires or upload a file for the survey on any social networking site. It is a good product for the market.

The choice I would take after the Supreme Court administering decision is to re-start the business for the time being and meanwhile fought for the human legal rights. It is because, beginning the business with outrageous endeavors and unadulterated expectations wouldn’t need the annihilation once the things go wrong way. The business was started with extreme support and has a differentiation status in the surroundings. People started gaining hope in the idea, followed by these groups of friends. This makes the company highly differentiated and opposed to others. So, it is not the right option to just quit the business and lost the status that the company had in market.

So, we can conclude that, being an owner, I would not just shut the business and go for another one, but I will change my business model in such a way that fought for the court for basic human rights and wait for the time when thing goes under way. This is extremely helpful for the entire community and the support of the community who fought through the same help us gain the worth back. The below model shows how I would like to proceed the things in a way that helps the company and the people in a long run. 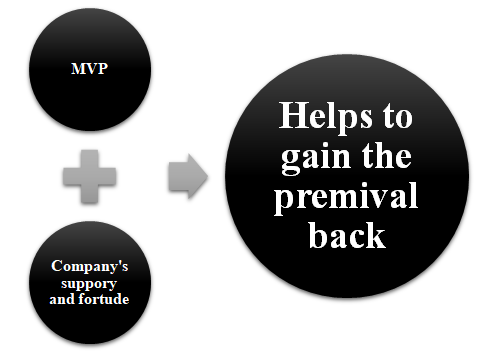 Making and Managing the Euro: France and Germany in the Birth and Life of Europeâ€™s Single Currency Healthcare Reform and its Implications for the U.S. Economy