Selling, General and Administration over Revenue:

The selling, general and administration expenses over the revenue ratio are almost same for both sides. The ratio is around 7% to 8% in the historical financial of the company and in the project financial results in the Selling, General and Administration over revenue being 8% for all the ten years of the project. This is due to the projections for the project and it is very difficult t 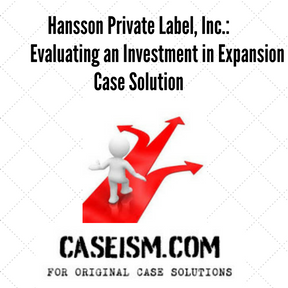 o maintain the constant percentage of the ratio for the ten years.

The EBITDA margin is the earnings before interest tax and depreciation over the revenue of the company. The EBITDA margin in the historical results of the Hansson Company is 12% and 12.3% in the 2003 and 2004 year. However, the margin has reduced significantly in 2005 to 7%. The margin was then increased to 11.2% and 10.8% in the years 2006 and 2007 respectively. The project has given this ratio between 7% to 11% in the first five year phase and then 12% for the next five year phase of the project.