A capital structure of a firm or any investment or project refers to the distribution of its equity and liability. It describes to the firm regarding from where the invested capital has been financed.

For any investment or a company, the decision regarding its financing has always been a key concern. That is why the topic is subjected to discussions and being studied at a wider scope. There are many theories that has made to explore the different aspects of this area.

In the traditional theory the key concern refers to the optimal mix of the capital structure i.e. the equity and the debt. The theory refers that in every firm or an investment project, at the optimal point when its marginal cost of equity gets equal to the marginal cost of debt, there occurs an optimal capital structure where the weighted average cost of capital (WACC) is minimized and the overall value of the project is maximized.

This approach is referred as M&M approach of a capital structure which was named after Merton Miller and Franco Modigliani. According to their theory it was proposed that any changes in the capital structure does not change the value of the firm because the value is dependent on the future revenues and income. Secondly, it proposes that the increased debt of the firm maximizes its value and minimizes it cost of capital.

To better understand the capital structure theory let’s take an example of a firm whose financial structure is as follows: 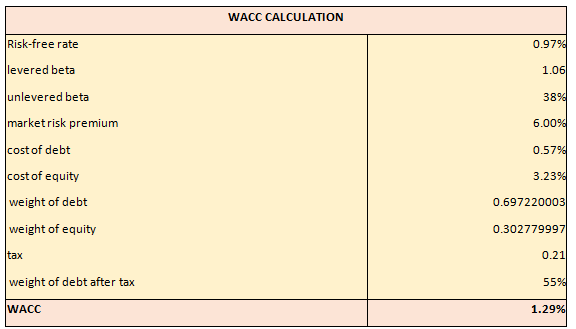 As the weight of debt increased the WACC decreased.

There are various applications of capital Structure theory that play a vital role in developing industries.

The capital structure theory conducted research studies on all industries and it provides the primary research study on the market and economic development of industries. This theory had a huge application in the create a research market value and developing the firm in accordance to the developing market so the industry should never fall down. So that is why the capital structure paly an important role in the development of firm and all type of industries….

Democracy in Zimbabwe: The Presidential Bid of Morgan Tsvangirai

Total Productive Management and the Role of Employee Involvement